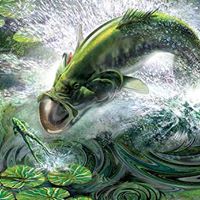 Andrew Sams and Dave Kyle provide some insight into their day on the water.

I had all intentions on having a nice smooth ride up to the flats on Sunday as winds all week long called for less than 10mph out of the WSW. As I left Dundee and rounded the point at Poole’s island myself and the rest of the field that headed north were surprised to see 3-4 foot rollers coming out of the south. Having the last bit of outgoing tide going against the wind also did not help. I watched several boats immediately turn around and head up the gundpowder but I was committed to the few areas I had found on the flats in practice.

As myself and others ran north up the bay the waves only increased in size as we got north of the Bush River and on up to the south side of the flats where it finally began to lay down. It took nearly an hour to get from Poole’s island to the south side of the flats. As I got to the flats right off the bat I had two of my three areas eliminated due to the wind direction. I sat down on the only area I had left and was not surprised to see several boats in the general area.

I immediately put my first fish in the boat within minutes and soon followed by a second flipping plastics into the grass. I saw several other fish around me boat fish as well. Within in the first hour I was fortunate enough to get 5 fish in the boat. In practice I had been catching fish on a number of baits including plastics, Chatterbait, swimjig and a frog. Today I could not get bit on anything other then flipping various plastics into the grass.

The south wind brought the tide in faster than I had hoped and by 12 the grass was no longer visible as there was 4-5 feet of water over top of the grass and the bite got very tough and I never caught another fish. I hopped around and hit a few other areas with no lick. Around 12:30 with the thunderstorms threatening I decided to head south to avoid being caught in it. As I ran down the bay I realized immediately that wasn’t going to happen. We were met with rain, thunder and lightning around the mouth of the Bush River and at one point the rain was so hard my GPS lost my position. Soaked and shivering we finished out the day in the gunpowder river in various grass beds with no lick. All of my fish were caught flipping a craw style bait into a mix of eel grass and milfoil.

David Kyle took top rider position at Dundee Creek at the July 15th Trail event. Traveling with boater partner Joe Tinsley they made the difficult run through wind and waves to the Flats.

Dave caught his first two keepers on a frog. Utilizing a chatterbait style lure, a little something he put together himself, and a Texas rigged Senko Dave put five more keepers in the boat culling out his first two frog fish. As storms approached they made for Tydings to grab some level of cover. Once the storm cleared an attempt to get back on the Flats was futile due to the change in wind and water conditions. Heading back by 12:00 they made one more stop in the Gunpowder with no success. Even so with a weight of 12.47 lb Dave had all he needed to take the top rider spot.